Sennett squares up the disdain our society views craftsmanship. A craftsman does more then just fabricate, he analyses problems to come to solutions and encounters new problems to solve. It is this process of repetition that ameliorates and improves his work.

In that sense making is a form of thinking. The ability to craft generates insight in social structures and cohesive.

Sennett takes distance from social developments as short term results and superficial knowledge and skills, and prefers the lifetime dedication of the craftsman who finds pride and satisfaction in the creation of his work, be it pottery, cooking, blowing glass and violinmaking or making music as craftsmanship is rooted in the development of practical skills and abilities, trained with repetitive and concrete practice.

There is a potential good craftsman in everybody and hence a good civilian, a notion related to Thomas Jefferson’s belief 'that learning to work well is the foundation of citizenship' p. 290

The idea is that if a human is mastering a craft he will learn also to be able to control himself and engage socially: intrinsic motivation, this fundamental building block of contemporary business organization, is not an individual characteristic, but a social construct embedded in several linked routines, realizations, and orientations. 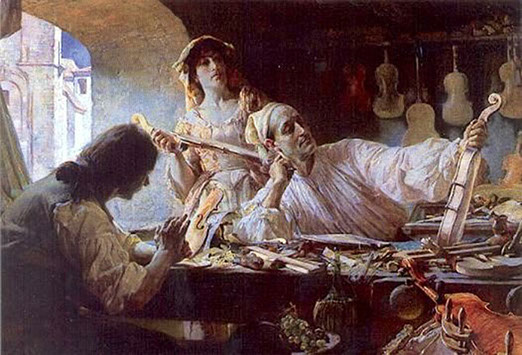 To Sennett hand and mind labor is not to be divided. His interpretation of Hannah Arendt's juxtaposed animal laborans and homo faber is different because 'the head and the hand are not simply separated intellectually but socially'[p.45] Sennett connects craft to sociology.

In my opinion Sennett's concept relates more to Ferdinand Tönnies' main opus Gemeinschaft und Geselschaft from 1887 [Community and Civil Society]: 'In the community people are 'in spite of all dividing lines connected to each other', in civil society people are, 'in spite of all connections separated from each other'. (Tönnies in Safranski, Heidegger en zijn tijd, 2006: p.213)

The importance to Sennett is the connection-through-craft and learning through practice.

That means that you are as good as the work you produce, a kind of nonsensical reductionism.

Sennett resides in a romantic idea of the metier in its battle against the capitalistic machinery, but as he notices himself also the makers of the atom bomb and and the managers of the holocaust where dedicated craftsman, their only desire being to do a job well as an end in itself, but thus opening a Pandorian box.

Sennett includes doctors, computer programmers and artists as craftsmen. 'They are all craftsman because they are dedicated to good work for its own sake..being engaged.' [p.20] These definitions are so pin holed. Good craftsmanship borders on artistry surely, but is not not the same, it is the next level. Applied arts. Yet how are crafts and art related? Can't you be dedicated to what you do without being a craftsman?

But does an artist need to be a good craftsman?

What makes an artist differ from a craftsman? Is every artist a craftsman? Are craftsman comparable? Is Stradivari ranking at the same level as a gifted dedicated carpenter?

[Furthermore I miss the craftsmanship of the painters in the book. Not the painters of houses, but the artists.] Is Gerhard Richter as great a craftsman as Vermeer? Is it possible to compare anyway?

Would you consider Tiravanija a good craftsman? Or anyone active in nowadays Relational Art scene for that matter? [review 1]  Someone like Jeff Koons or Bruce Nauman?

Is conceptual art a craft?

All these are logical and relevant questions prompting when reading the book. And these questions are not posed, let alone answered by Sennett. Because of this omission he is comparing apples with pears. It just is an oversimplification to compare Stradivari to a cook.

The suggestion of the book nevertheless is clear, by fixing errors and perfecting ones style plus 10.000 hours of practice one becomes a craftsman. A process very practical too for artists to meliorate and produce work and concept.

I'm sure the method works, but is it necessary, is it a guarantee? I guess not.

A great part of the artists' process and work can be intuitively. Stradivari was aware that every plank of wood is different and hence needed a different approach. Non of the Strad's are identical, and none of them is perfectly symmetrical. They show freedom of expression within a certain matrix.

This is what shows the artist in the violinmaker, he adapted his technique to the specific demands of the piece of wood, definitely sustained by his skill and knowledge. Master of the necessary techniques. But most importantly he was able to imagine what he could do with a tree before it was felled. For that reason he owned his own slope facing south where the right type of spruces grew, and where one could find him knocking on the stems of the living trees to 'hear' which one would make the best next instrument. At the time neither Stradivari [1644-1737] nor Vermeer [1632-1675] were considered artists as such, they were craftsman and members of a guild. They had a specialized metier.

Over time our appreciation has changed, may be good if artists show they master a craft and let time decide if the work was art

Because of his results, Stradivari is one of the most imitated violinmakers ever, with hundreds of thousands of copies of his violin and cello models which continue to remain having the most ideal form for contemporary violinmakers, proving that technology not always surpasses craftsmanship.

'Technique is really personality. That is the reason why the artist cannot teach it, why the pupil cannot learn it, and why the aesthetic critic cannot understand it' says Oscar Wilde.

Stradivari proves this statement. His workshop was not exemplary for the time and surpasses in dimensions, complexity and manpower everything prevailing at the time. His atelier was a violin factory avant la lettre aiming to employ as many staff and pupils as possible at such high level and within such limited tolerances. Stradivari was able to pass on components of his technique to his apprentices overseeing the work in every detail. That makes a Strad violin a Strad although not made entirely by the master. And in spite of his many apprentices and 2 sons his knowledge and secrets vanished and have never been fully understood or equaled and carry on to astonish and move every music critic. Also in economic sense Stradivari did well, there was a proverb in Cremona where he lived and worked: rich as Stradivari.

In a broader sense one could say that our civilization is build on the same interdependency where everybody has their own specific skill, without knowing other skills. We all depend on each other in order to create a success story, being completely ignorant in other area's.

We use a computer but are not able to make or understand its parts completely.

That is the difference between an artist and a craftsman. That is why we know Antonio Stradivari and not his son Omobono or Francesco.

An artist can make use of the work of the craftsman to make art. That is why in a sense Stradivari is not necessarily the artist but the performer who is playing his violin 2 centuries later. In a twist on Da Vinci' famous line we could say:

'poor is the artist who does not surpass the craftsman'.

For this to happen the artist needs a lot of specialized craftsmanship, depending on the type of work produced. There is this joke saying: I have a Stradivari and a Rembrandt. Unfortunately the violin was made by Rembrandt and the painting by Stradivari..